← more from
Castles In Space

Time To Dream But Never Seen 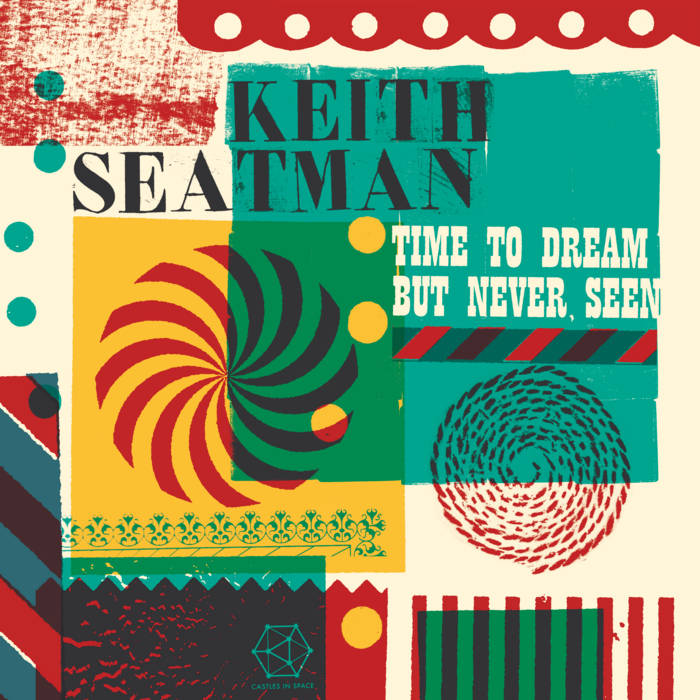 Spun Out Of Control

“Time To Dream But Never Seen” is the 6th album by Keith Seatman and his his first release for Castles in Space.

Keith Seatman’s music is an anachronistically repurposed assemblage of sounds, melodies and technologies plundered from different time zones. 'Time To Dream But Never Seen', however, is far from being a haphazard and spontaneous collage. Keith’s busy and dense soundworld is composed through a very deliberate and painstaking process. Unlikely musical and sonic juxtapositions artfully evoke a sense of place and narrative. This latest excursion into bad-trip psychedelia is shot through with wistful and whimsical melodies and occasional haunted voices. On 'Last One In', for example, what could be a chirpy and exciting theme tune to a 1970s kid’s adventure series is modulated into a minor key by a sinister synth bass line and menaced by a stomping bovver-boy rhythm. In the opening track, 'On to the Pier & Down to the Sea', the amusement arcade din is submerged in a watery digital swirl during. Likewise, on 'Tippy Toe Tippy Toe' the tiddly-om-pom-pom of the pier is heard from the point of view some approaching aquatic creature or perhaps by a drowning man.
The closing section of the album shifts focus from the seafront to its rustic precursor, the mayday fair. Something weird comes to the village in 'Waiting by the Window', sounding as if late period Radiophonic Workshop (when they got hold of expensive synths) had popped back 15 years to work with their boffinish tape wielding forbears. It summons an atmosphere like a Nigel Kneale drama or one of those folk-horror inspired episodes of Dr.Who. Finally, the album’s closing title track seems to offer a chance of escape to a more rustic idyll with melancholy mellotron flute and mumbled nursery rhymes. But as the album closes it feels like a relentlessly inescapable holiday-special steam train drags us back On to the Pier & Down to the Sea.
Jim Jupp (Belbury Poly, Ghostbox Records)

Many thanks to
Jim Jupp for Sleeve Notes and Audio Advice
Simon Heartfield Audio Advice
Jez Stevens For Video
Colin Morrison at Castles in Space
Nick Taylor for Artwork/Design
Antony at RedRedPaw Mastering
CiS would like to thanks Spencer Robinson for invaluable production support.

Bandcamp Daily  your guide to the world of Bandcamp

Featuring Gary Bartz, 5 years of Rhythm Section Intl and an LP of the week by Nicolas Jaar